The fifth lecture, the project “Roma Start Up Women”

On Friday 21st of April 2017 participants of the educational program “Start up Romani Women” attended the lecture of Tamara Pavlovic, PhD candidate, on the topic “Writing project proposal and fundraising”. She made an overview of all project’s phases with the aim to earn funds for its implementation. The attention of participants was drew to the importance of defining problem and project objectives, methodology, action plan, available human resources as well as to evaluation procedure of conducted tasks. In this process, it is very important to take care about interests and priorities of donors. The most important are those projects ideas which solve some specific social problems which are sustainable enough.

In the second part of the lecture it is was presented the list of most common domestic and foreign donors which support projects in different areas, as well as the list of institutions in Serbia which organize trainings for writing projects.

In the end, all the participants were given the task to prepare their group project ideas. During next meeting each group will organize presentation of its project idea. After that, our next lecturer will give to all groups some useful suggestions with the aim to improve project idea development and its placement on the market. 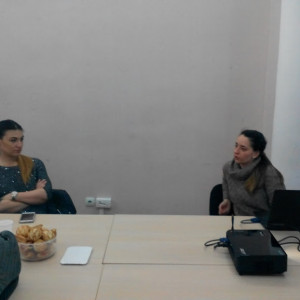 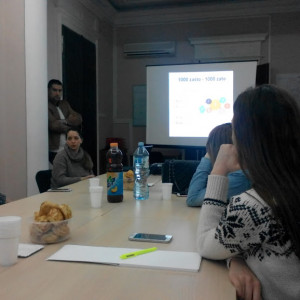